Ecommerce marketers now have another channel to promote their products and services on.

As Facebook looks towards surpassing 150 million daily consumers of its live stories, the social giant recently announced in a blog post that they will soon begin offering businesses the chance to run advertisements alongside story content. 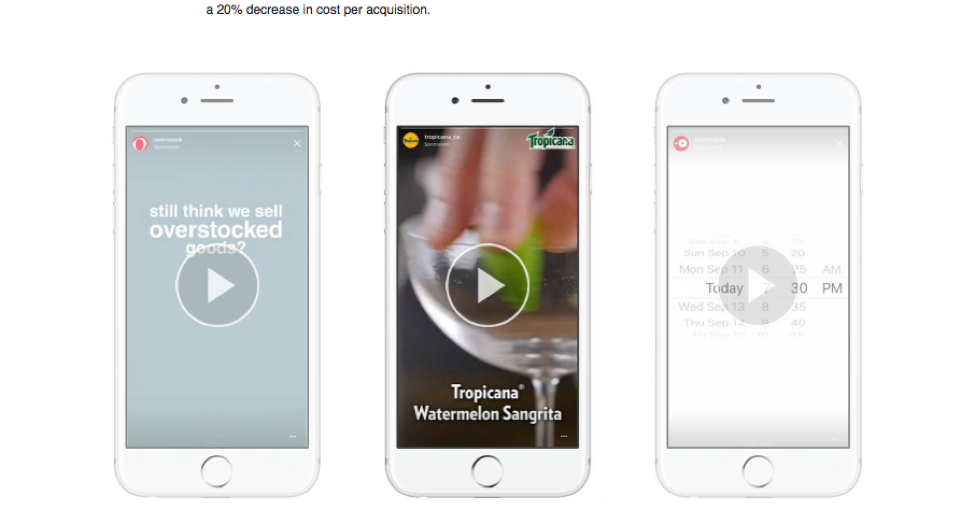 The decision to roll out Facebook story ads likely comes from the massive amount of success its sister company Instagram has had with the same format. With a staggering 400 million users tuning into Instagram Stories on a daily basis and 90% of brands preferring to put their advertising spend there as opposed to Snapchat, it comes as little surprise that Facebook would want to extend that success to its parent platform.

Growth Across the Board

With story creation and consumption up almost nine-fold since 2016 across Instagram, Facebook, Snapchat, and even WhatsApp Messenger, it’s clear that Stories are here to stay. In fact, Stories are expected surpass the News Feed as the main way people share content on social media by 2019.

If you’re selling online, Stories are a great opportunity to effectively showcase your product and tell a story in a memorable way. Taking the time to consider how the background, subject, text, and any tags will work together in the vertical format may be daunting if you’re new to the format, but experimenting with different styles and following existing Stories trends will allow you to find what works best for you.

There are opportunities on both the paid and organic fronts as well, especially with Facebook. Due to the fact that story consumption has not been growing as rapidly as Instagram, it’s quite likely that the platform will make more moves to favor branded content that’s told via the story format. It’s also probable that advertising costs will remain quite low in comparison to Instagram while the user base difference remains skewed.

As it stands now, whether you choose to create paid story ads or organic story content, the key is to utilize this fast-growing format while it’s still in the early stages.