Social Videos: The Key to Reaching Gen Z’ers and Millennials

Posted by Origins Ecommerce - May 16, 2019 in Featured, Marketing, Social Commerce

When it comes to marketing to the Generation Z and Millennial audiences, mobile video reigns supreme.

New survey results published by the video automation platform Wibbitz has revealed some compelling findings that show just how significant mobile videos – especially on social mediums – are in terms of making a strong impression on younger demographics.

In particular, the majority of those that fall under the Generation Z (90%) or Millennial (83%) category are spending a minimum of one hour each day watching videos on their mobile devices. This surmounts to more time spent watching than reading.

Interestingly, the times in which these audiences are watching videos is also worth noting: most of the watching seems to be happening a night, in between the hours of 8:00 – 10:59 pm, by a fairly significant amount compared to other times of the day. 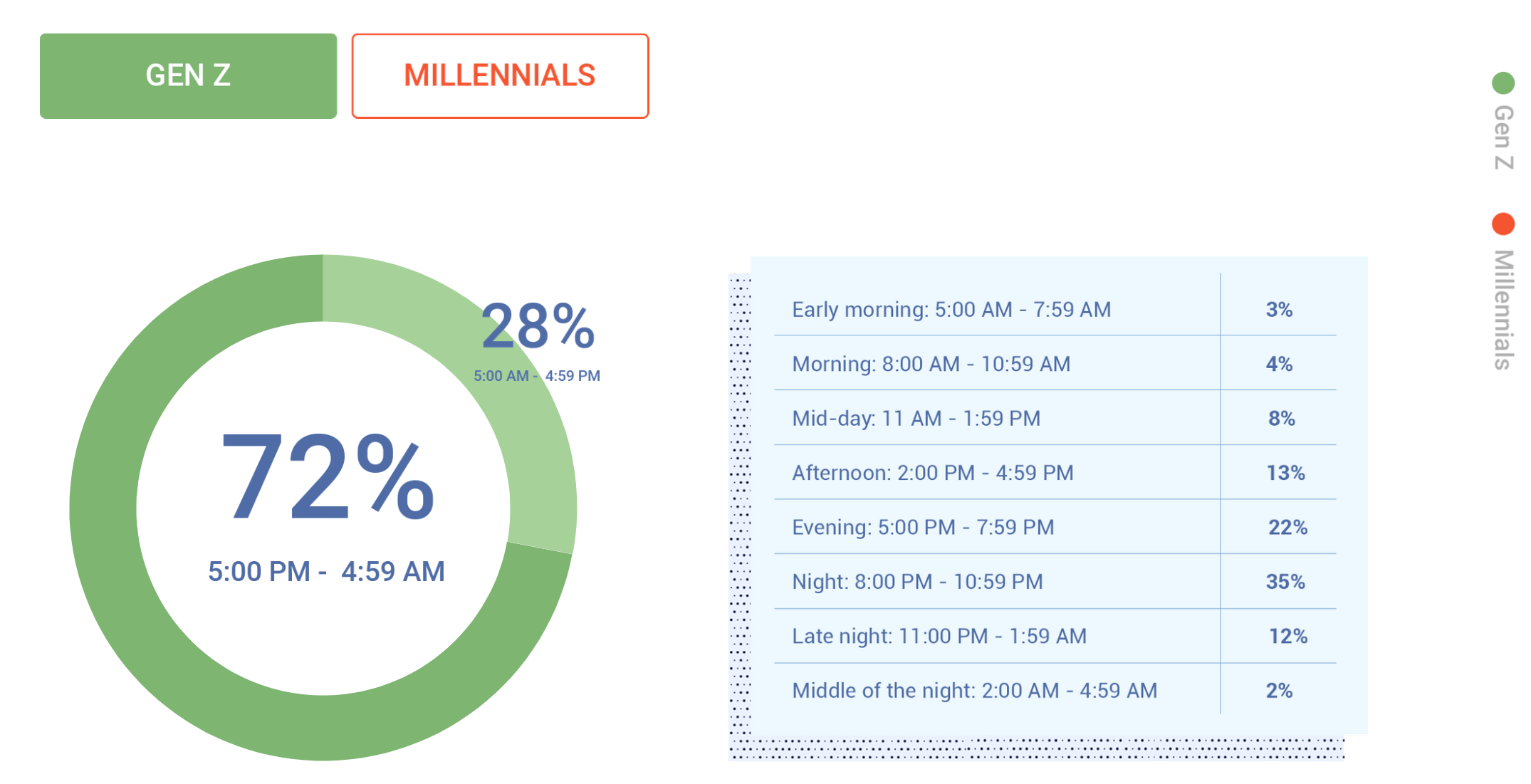 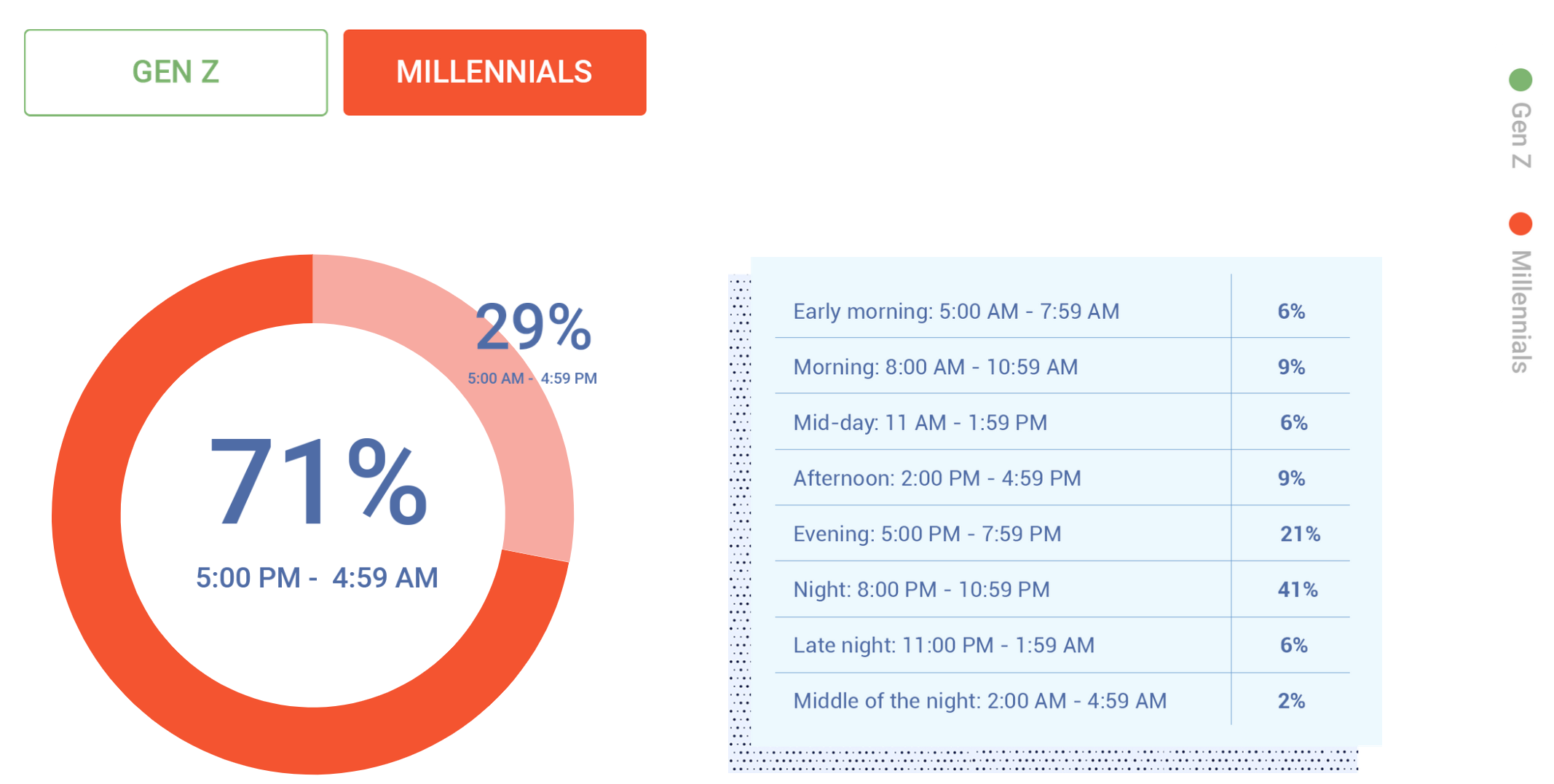 Two other areas the survey examined were how and where Generation Z’ers and Millennials are consuming their content.

From a device standpoint, smartphones are the most frequently used at 2.9 hours a day for the Generation Z crowd and 2 hours for Millennials, with desktop computers falling second at 1.8 hours and 1.7 hours respectively. Laptops trail slightly behind desktops and tablets seem to be the least popular device.

As for display formats, Generation Z’ers are more keen to watch square and vertical videos on their desktop and mobile devices than Millennials, but both typically prefer landscape formats overall.

When looking at the mediums specifically, it’s an incredibly mixed bag. YouTube and Instagram both ranked within he top three for Generation Z’ers and Millennials, but that’s where the similarities end.

While it ranks first for Millennials, Facebook placed seventh for Generation Z, further showing signs that the social giant seems to be losing a bit of its hold on capturing new users on its native platform. On the flip side, Twitter and Pinterest seem to be rising in popularity with the younger group, ranking third and fourth overall respectively. 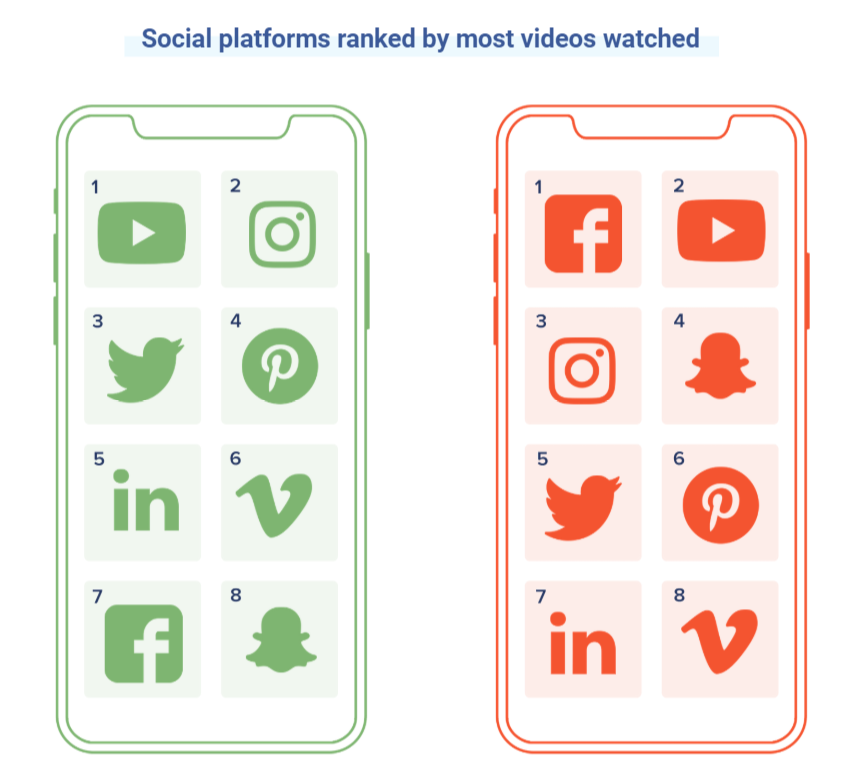 Unsurprisingly, both Millennials and Generation Z’ers aren’t too fond on ads showing up on their favorite social channels, but that doesn’t mean they aren’t having some form of influence on their purchasing habits.

Over half of the respondents who showed an interest in social ads claimed to have bought something right after watching a video about it. And despite the fact that only around 10% of those surveyed say they’re following brands on their favorite social video channels, young audiences’ knowledge of the brand ultimately increases when they’re served brand ads.

With the digital landscape becoming more convoluted than it has ever been in regards to mediums, formats and targeting methods, the results of this survey should help narrow down the approach brands and advertisers should take when trying to make the highest impact on younger audiences.

Choose your placement times wisely too. By leaning more towards the evening, you’re increasing your chances of maximizing reach and ultimately recall.

Perhaps most importantly however is the need to focus on content quality. With only a tenth of Generation Z’ers and Millennials following brands on social, and the majority of them showing negative sentiment towards social video ads, there’s never been a more important time to flesh out your content strategy and ensure that the ads you’re serving go beyond simply stating what your product or service can do.

For those who may be bootstrapped for digital spend, let the data do the talking. You don’t need a massive budget to start learning which platforms are producing the best results. While these are general findings, your audience may interact differently, so let the insights guide your decisions.

If you have any questions about these findings, or if your looking for more info about which display mediums you should be deploying for your campaigns, don’t hesitate to reach out to our affiliate management team. They’ll be happy to pick your brain and point you towards some of the most lucrative offers!